Astrid Ovalles lets her guard down for ‘Road of Bygones’ 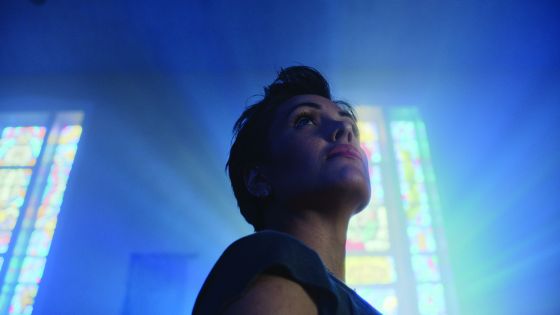 Venezuelan-born actress/writer/director Astrid Ovalles is the secret ingredient in the upcoming kinky dramedy Road of Bygones.

The coming-of-age story centers around three women who embark on a road trip to retrieve the ashes of a figure from the past. Hoping to find closure at their destination, the women are confronted with a series of self-destructive and hilarious events that threaten to destroy all harmony that was left between them.

In the feature-length film, Bobbi and Samantha are estranged sisters who seek to reconnect after hearing of the loss of their mother. Ally, a talented and peculiar character, is Bobbi’s romantic partner. In an effort to find closure upon learning about their mother’s sudden death, the three embark on a road trip that takes their relationship for a spin. At a time when everyone seems to be seeking out the “new normal,” Ovalles is flipping the concept entirely on its head.

Identifying as a lesbian and Latina, Ovalles is the driving force behind Recluse Films, her own independent film company.

“Everything I do regarding film is for the LGBTQ community and for women and minorities,” Ovalles said. “I feel like it’s needed. I feel like oftentimes our stories are told by men, straight people, people, basically, who aren’t us.”

In the vein of keeping things realistic on-screen, Ovalles brought a private part of her life to the forefront—domination and submission (DS). She and her wife have been together for six years.

“We’re both lesbians,” she said. “We are DS, so I’m a dominant and she’s a submissive. We’re not extreme. We’re just…I guess, in the more mellow side of it.”

Being open about their relationship has not always been easy given the negative feedback from her critics.

“What inspired me to make [the main characters] DS was the fact that I had received a lot of negativity from the LGBTQ community towards my wife and I being DS,” she shared. “We got all kinds of comments saying that we were kinky and sick and we must have been abused.”

Ovalles hoped to dispel that myth with Road of Bygones, which she says is a “road trip dark comedy.”

“I’ve never been abused,” she said. “I come from a very loving, understanding, happy family, and I’m a very loved person, very lucky to be that way. Same thing with my wife. I think submissives get the worst of it because they’re thought to be damaged. Dominants get a reputation of being abusive and submissives get a reputation of being unable to make decisions for themselves. I think people generally want to protect women from abuse and that’s fair. But it’s gotten to the point where we’re now telling women what to do and we’re not trusting that women can make decisions for themselves.

Road of Bygones is available via Vimeo on Demand and will be available shortly via Amazon Prime. The film also stars Sarah J. Lucey and Oriana Oppice.