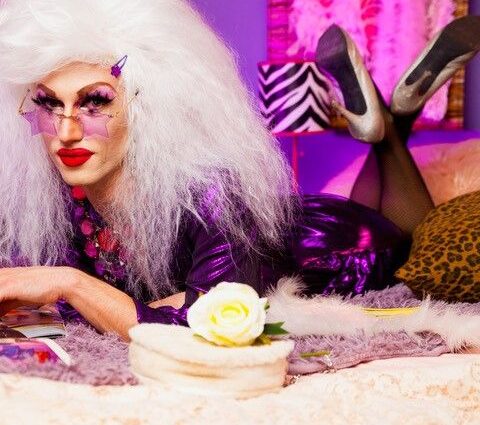 This year’s can’t-miss music lineup features a variety of queer artists, and will be hosted by popular drag queen Betty Wetter and DJ’d by DJ dark wiley. The online event will be headlined on June 26 by the Queen of Bounce music, Big Freedia.

Big Freedia is New Orleans-based hip-hop artist and worldwide ambassador of bounce music. After a series of cult hit singles during the mid 2000’s, she was tapped for a reality show, Big Freedia Bounces Back on Fuse TV. The docuseries followed the life of a choirboy turned bounce rapper and remains the highest rated original series on the network.

It was only a matter of time until Big Freedia caught the attention of iconic artists including Beyoncé and Drake. She was featured on both Beyoncé’s Grammy award-winning single, “Formation” and Drake’s “Nice For What.” Big Freedia released the critically acclaimed album, ‘3rd Ward Bounce’ (which featured Lizzo among others) on Asylum Records in 2018. In the summer of 2019, the Queen of Bounce debuted her limited run ice cream flavor ‘Big Freedia’s Bouncin’ Beignets’ with the ice cream giant Ben & Jerry’s. She graced the cover of Billboard Magazine , and was invited by Vogue Magazine to be the official host of the Iive Instagram stream for the Met Gala. In October 2019, Big Freedia and multi-platinum pop artist Kesha released their new pop single “Raising Hell.” The song remains on the pop radio charts and the two performed the hit song on Jimmy Kimmel LIVE! Big Freedia’s latest single “Louder” from her forthcoming project dropped in November. She is also the author of the critically acclaimed memoir, Big Freedia: God Save the Queen Diva! on Gallery Books/Simon & Schuster.

Perfume Genius – soul-baring emotionally lurid pop-rock musician Mike Hadreas, whose music explores themes of love, sex, memory, and the body in hit albums including Set My Heart on Fire Immediately and No Shape.

mxmtoon – A 19-year-old singer/songwriter and YouTube sensation who delivers what she calls “rhyming diary entries”: an off-the-cuff account of her most private thoughts and feelings on her 2019 album the masquerade.

LGBTQIA+ artists across multiple disciplines will also be featured throughout the weekend including Simone Pin, Seattle Ladies Choir, Cookie Couture and more. A complete schedule of musical performers, speakers and more will be announced next month.