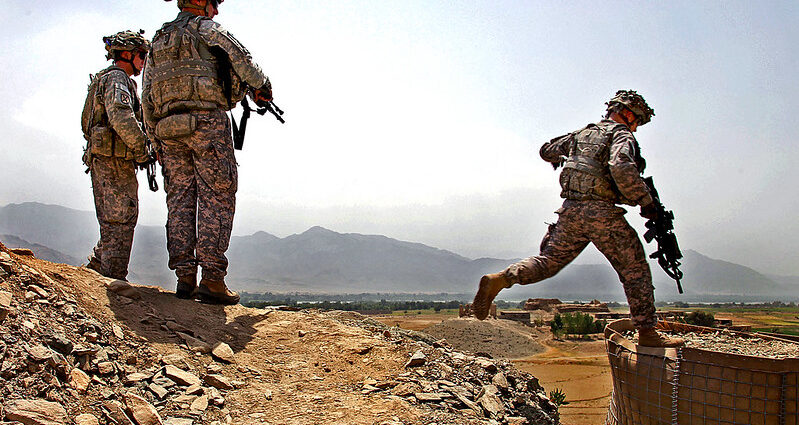 “It is my highest goal to serve my country in the U.S. military and I’ve fought this ban because I know that I am qualified to serve,” said Nicolas Talbott, an aspiring service member who is a plaintiff in Stockman v. Trump. “I’m thrilled and relieved that I and other transgender Americans can now be evaluated solely on our ability to meet military standards. I look forward to becoming the best service member I can be.”

“Our fight to end the transgender military ban was about equal opportunity, fairness, and service, and President Biden’s order today honors those shared national values,” said Jennifer Levi, Director of Transgender Rights Project at GLBTQ Legal Advocates & Defenders. “Transgender Americans can and will bring needed skills to our armed forces at every level, and I look forward to seeing our nation benefit from the contributions of a new generation of transgender leaders and patriots.”

“President Biden’s order allows us to put this shameful episode behind us and marks the beginning of a much brighter era in which military service is once again based on a person’s qualifications, not on who they are,” said Shannon Minter, Legal Director of the National Center for Lesbian Rights. “Transgender people have proved their fitness to serve and ask nothing more than the opportunity to do so based on the same standards that apply to others. This is a great day for our nation and a welcome relief from the negative and divisive policies of the past four years.”

“With the stroke of a pen, President Biden has simultaneously put an end to an unpatriotic, discriminatory policy and given hope to thousands of qualified transgender service members and their families,” said Rick Chavez Zbur, Executive Director of Equality California. “Today is the result of countless transgender patriots — like Nic Talbott and so many others — speaking up to defend their livelihoods and their country. Equality California has always stood with our transgender troops, but we are especially proud to do so today.”

Representative Adam Smith (D-WA), Chairman of the House Armed Services Committee, said, “In just the first week of the Biden administration, the President has delivered on a number of promises that will help create a more perfect union that reflects our values. Today, by reversing the harmful, discriminatory policy of the previous administration, President Biden has ensured that thousands of transgender service members will be able to serve as their authentic selves. The Biden administration’s commitment to these brave service members – and their fair treatment under the law – underscores the immense value of each and every man and woman who serves or will serve our country in uniform, regardless of their sex assigned at birth.”

Smith continued, “I want to thank these brave Soldiers, Sailors, Airmen, Coast Guardsman, Marines, and Guardians for their continued service and commend President Biden for his recognition of their importance to our all-volunteer force.”

Executive Director of PFLAG National, Brian K. Bond, said, “Today, President Biden rectified a grievous harm to our military caused by former President Trump’s trans military ban. When the past administration issued its ban on service by transgender people in 2017, they not only affected those who wear the uniform. They also impacted military dependents, including PFLAG military families across the country, who found themselves shunned on base, or without adequate resources for health care, education, and safe housing simply because the servicemember or their family member is transgender.”

Bond added, “There is still work to do to ensure harm to our military families can no longer be caused by the stroke of a pen. PFLAG commits to working with Congress and the Biden-Harris administration to completely end ‘Don’t Ask, Don’t Tell.’”

Kasey Suffredini, CEO and national campaign director of Freedom for All Americans, the bipartisan campaign to secure LGBTQ nondiscrimination protections nationwide, said, “President Biden’s executive order restoring the ability of worthy and qualified transgender Americans to serve in our military shows a commitment to making America as strong and safe as possible.”

Suffredini added, “The ban was an example of the discrimination transgender Americans face every day, and it led to very real security and economic costs. Transgender troops are patriots who have earned the support of every major military branch chief and a majority of the American public. But even when brave transgender soldiers return home to their loved ones, they still lack federal protections from discrimination in other areas of life including housing, public places such as restaurants and stores, and federally-funded services. It’s time for Congress to work with President Biden to end discrimination against all LGBTQ Americans by updating federal law to expressly include comprehensive LGBTQ nondiscrimination protections so everyone in our community is treated with dignity and respect.”

GLAAD President & CEO Sarah Kate Ellis offered, “GLAAD salutes transgender service members, their courage and their sacrifice. The American people, military leaders, and service members themselves, all overwhelmingly support transgender military service. They know that brave trans patriots have served throughout history and continue to serve honorably and capably, defending our country. By prioritizing an end to this discriminatory, unjustified ban, President Biden has fulfilled a campaign promise and is making our military stronger and more unified.”

In a 2018 report, The Palm Center, an independent, non-partisan research institute that conducts scholarly analysis of U.S. military personnel policy with a focus on the LGBTQ population, estimated over 14,700 transgender service members were currently serving.

The lawsuit is Karnoski v. Trump. Read more about the case here.